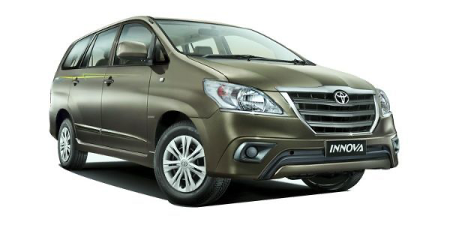 The Toyota Innova is a compact multipurpose vehicle (MPV), developed by Toyota in Indonesia and sold in many parts of the world. It came into the market in 2004, and as at now, the vehicle is in its second generation. MPV’s are more of and European phenomenon than American, but not withstanding the vehicle has seen mass adoption across both European, and Asian countries.

How To Safe Guard Your Car

According to statistics one car is stolen every 44 seconds in the U.S. now this is huge if you look at it. About half of the cars are recovered, but never in the state in which they were stolen. So how does one prevent their vehicle form being stolen?

Don’t keep valuables in a place that can be seen when your car is parked, this is a temptation which most criminals cannot resist. And when they’ve smashed your windows to get your purse, what then stops them from taking the car?

This alone can get you reduction in your insurance premium. These devices such as vehicle immobilizer, GPS can stop your car from being stolen or recovered if stolen, they might be expensive to acquire, but in the end they are worth every penny.

Park in well-lit areas, close to an entrance or in a place that’s close to a security booth. This drastically reduces the chances of your car being stolen, or broken into.

Make sure your cars are properly locked whenever you park them, irrespective of where they are, even in your own drive way. Also always take your keys along with you, don’t leave them somewhere in the car just because you don’t want to go through the discomfort of having to look for your keys. Or perhaps the few seconds discomfort you might experience due to the temperature of a locked car.

Sometimes people’s car have been stolen from their own driveway, and when you leave your car running it even becomes easier for you to fall prey to this. So even if you forgot something inside and just want to go back a few seconds to get it, make sure you turn your car off and take your key out of ignition and then lock up your car.

As you use your car for longer, you’ll need to change your Toyota Innova tire soon enough. You can either buy your Toyota Innova tyres online or buy from a good shop close to you. We sell some of the best brands of tyres available in the market such as Continental, Michelin, Goodyear, Pirelli, Dunlop, Hankook, and Yokohama, you can see all our tyre offerings here.