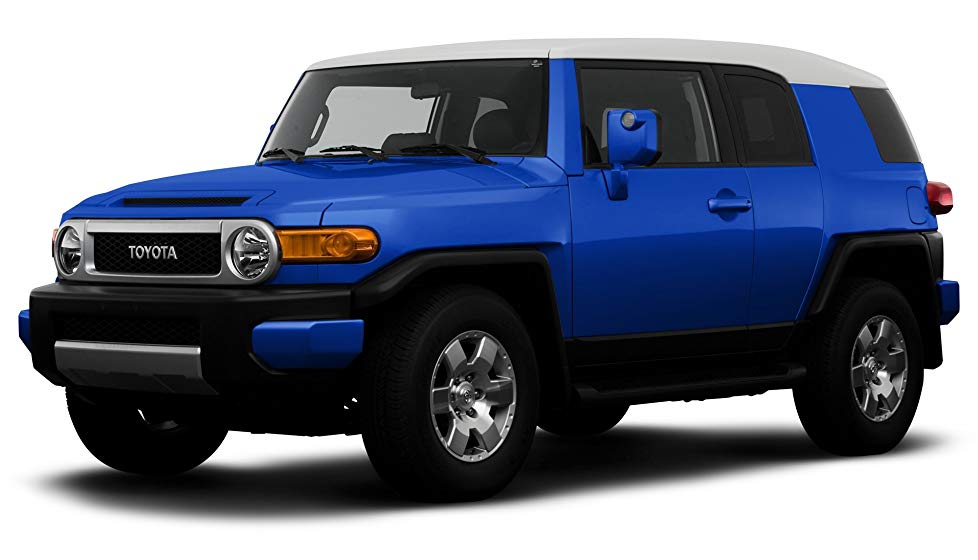 Although production has stopped in most part of the world, it still has got some loyal following amongst aficionados of off-road car usage. The FJ Cruiser is a mid-size SUV, bigger than RAV4 and smaller than the Tacoma, that means it comes somewhere in between these two. The vehicle was designed for the off-road, and it has been hailed as excellent for it’s off road performance. It was designed as a way to attract the young adventurous male, since as at the time of production Toyota had nothing of that nature for the male as at then.

The FJ cruiser was built in Hamura, Japan, by one of the numerous Toyota subsidiaries. This car shares feature some other Toyota SUVs notably Prado and 4runner.  This car wasn’t around for very long before sales and production stopped in most parts of the world. This might have been due to the fact that sales had dropped massively. In 2007 and 2008, sales where great, however, as time went on more competition in that category came into the market and also due to the price of gasoline.

The car received wide acclaim and also some negative criticism. The bold styling and retro look of the vehicle won many points, it practical rubber interior also, which could be washed after a hard day outdoors also won a lot of points.

One major problem which was criticized was that it left large blind spots, the fact also that the boot was smaller than expected from a vehicle that size, and finally, the back seat was kind of cramped and difficult to access. By 2009 model though Toyota tried to remedy the problem by including more cameras for the back and also fixing the seating arrangement problem.

By 2014, the last edition for the FJ Cruise was made for the U.S market it was called the “Ultimate Edition” it was still sold in other parts of Europe and America. In 2018, the FJ cruise sale stopped sales in Japan. In the Middle East though, sales has not abated, as at August 2019.

From everything we’ve learnt about the FJ cruiser, and its design for the off road, it’s easy to say that not all tyres will suit the car.  The tyre size for the 2016 Fj cruiser is 265/70R17 113S. Some of the best tyres for this vehicle will be 4×4 tyres especially if you’re going to use the car off road. At dubai tyre shop we have in stock all kinds of Toyota FJ Cruiser tires and from the brands that you know and love. Brands such as Dunlop, Michelin, Hankook, Cooper, Bridgestone, General tire, Nexen, Kenda and much more.

Dubai tyre shop overs a lot of service for your tyres. When you purchase from us you get free tyre service throughout the lifetime of those tyres, free tyre fitting, free wheel alignment and free tyre advice.